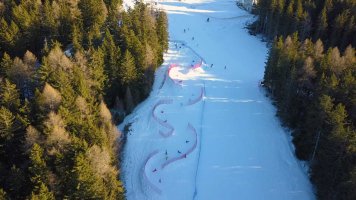 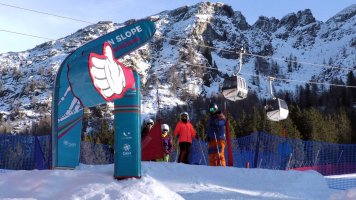 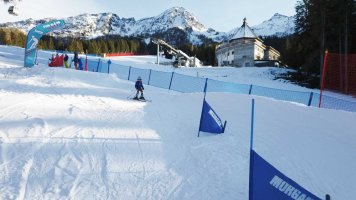 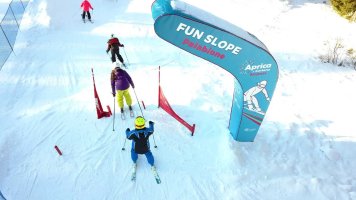 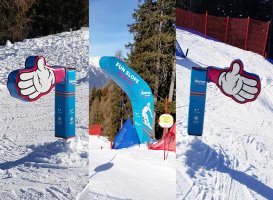 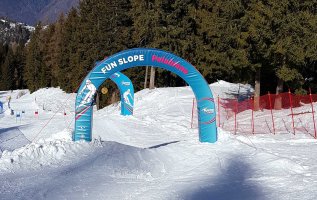 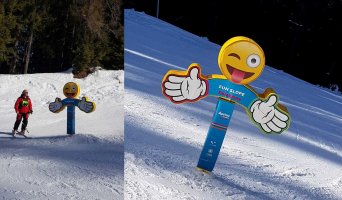 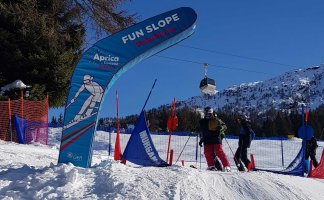 Aprica SuperSLOPE, a concentrate of emotions on the snow 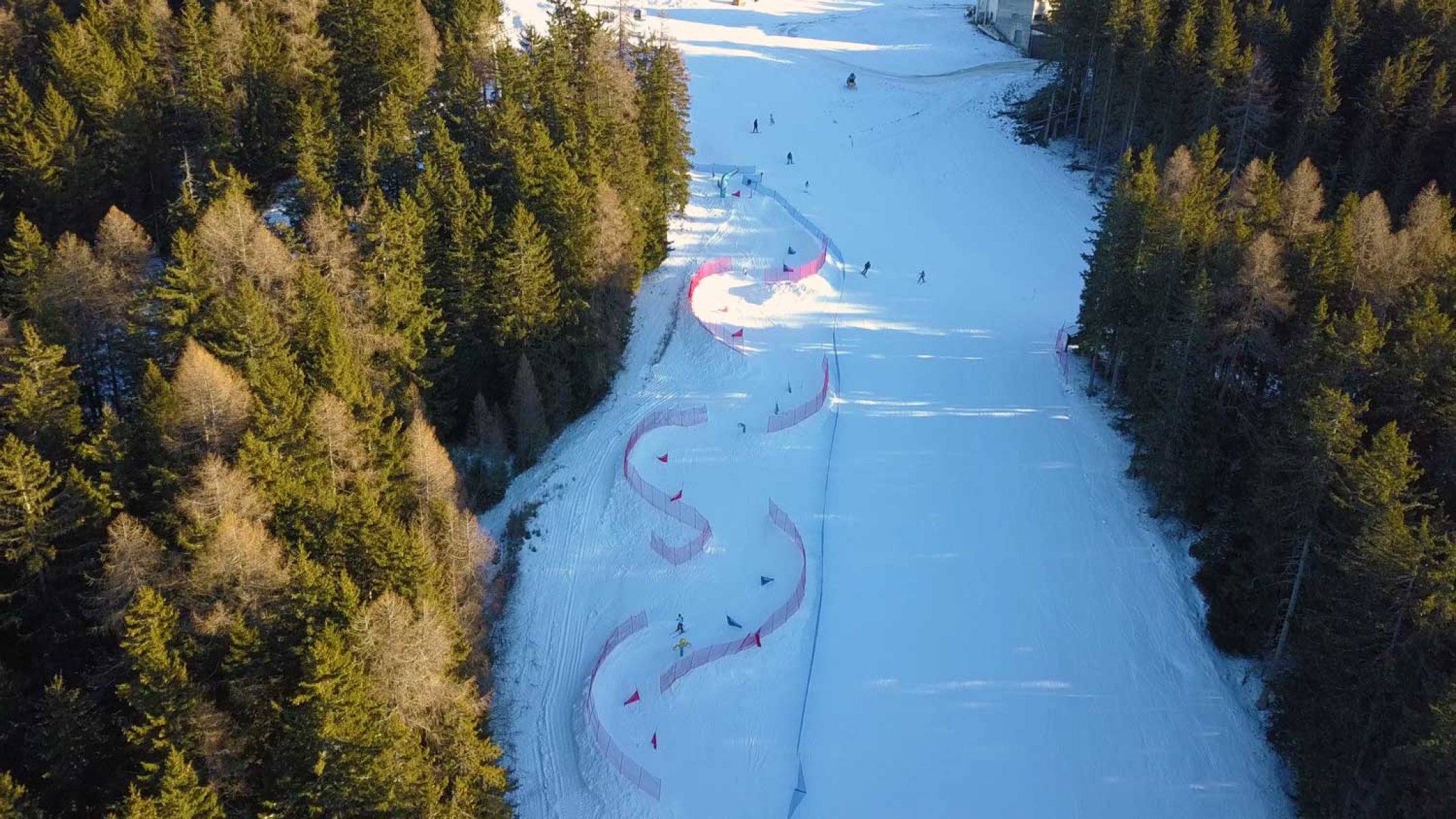 SuperSLOPE Aprica
A new attraction has arisen to ensure the enjoyment of young and old skiers in the arrival area of the Palabione cable car, in the heart of the Aprica ski area.

We are talking about the superSLOPE - or Funslope - a fun sporty ski slope with curves and parabolics, jumps and bumps, designed to entertain expert skiers but also small budding skiers who have not yet perfected their descent technique.

Where is it
The brand new superSLOPE created by Gea Fun Experience is located in the heart of the Aprica ski carousel, in the Valtellinesi Alps, in the arrival area of the Palabione cable car, from where the homonymous slope starts, a <rossa> 15 km long among the most beautiful and panoramic views of the ski area.

The equipped recreational sports track
A new and functional idea to further enrich the already extensive recreational and sporting offer: this was what the owners of the ski resort were looking for, which already from the first inspections revealed the enormous development potential of the available areas. The most suitable area was identified by the Gea technicians, in agreement with the plant and safety manager, some hypotheses were formulated. The final project, shared with the owners, the ski slope management, the safety managers and the ski school, created a descent that was as fun and adrenaline-pumping as it was safe.

This, in a nutshell, is the super SLOPE of the Palabione slope, which more or less experienced skiers can access by passing under a colorful entrance arch and then try their hand at hitting the pan by playing the gong, or giving sound <sberle> to the single hands in motion or to the double hand that turns on itself as if to avoid the blow, winking with the nice <smile>.

As if that were not enough, the experience is even more animated by parabolic curves, jumps and bumps, all in perfect safety for users, who will plow through a one-way track, bordered by safety nets that comply with current regulations.

Time of realization
A team of three people built the plant in three working days.