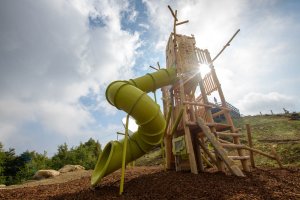 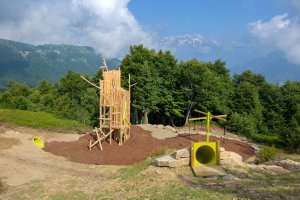 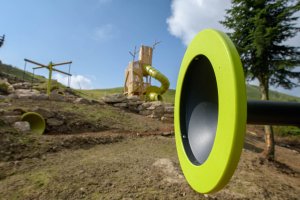 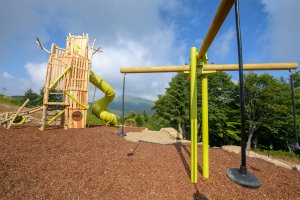 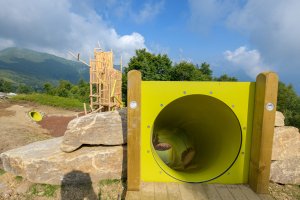 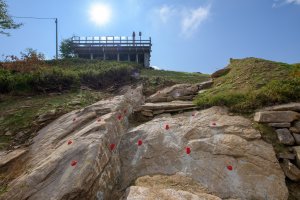 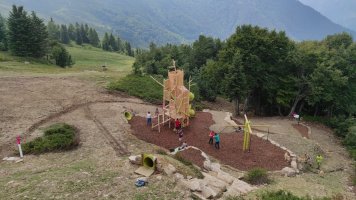 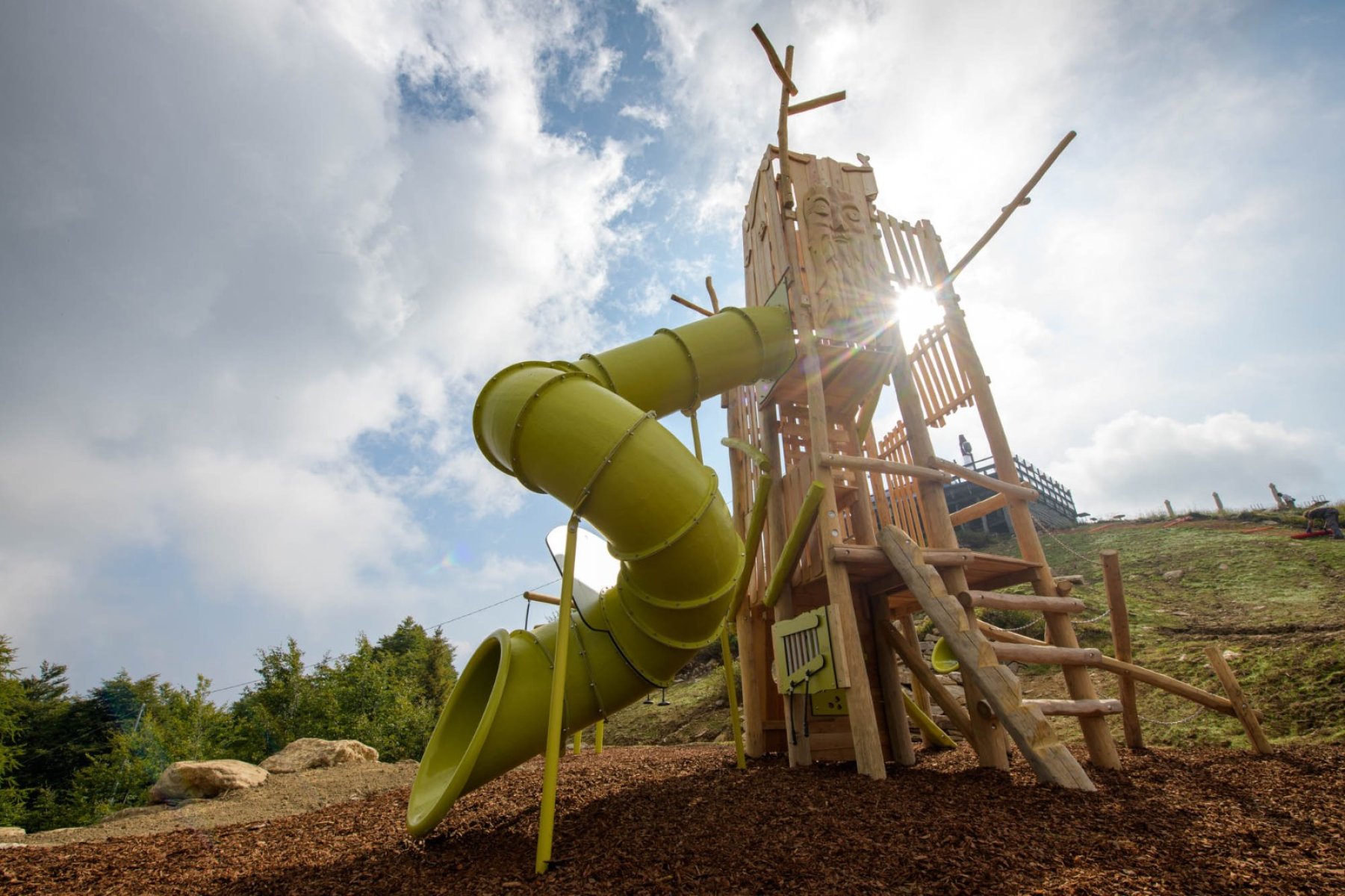 The Old Sage has found a home and is waiting for the little explorers in Valsesia, on Monte Rosa

The "La Tana" playground was inaugurated in July 2021 and completed the circular route created at Alpe di Mera, in Valsesia, overlooking Monte Rosa. A project created to offer those who take the chairlift in Scopello (VC) a nice walk at a high altitude with two spectacular playgrounds available to families, as well as restaurants, bars and shelters.

The circuit for young adventurers includes a stop at the  “Il Covo”  park - built by GEA in 2020 in the Campo area - and after about a km it reaches the Vecchio Saggio house, in the Boschetto area. Therefore, armed with a map, the little explorers can follow in the footsteps of the squirrel Meraviglio and discover the remains of the ancient civilization of Mera, who planned their travels in the ship of "Il Covo".

"La Tana" is proposed as an equipped area suitable for children of different ages: the large tower of 7 meters high, with the face of the Old Sage, is mainly made of wood and equipped with accesses of various difficulties, climbing and peepholes to admire the view. Sound panels and other games amplify the fun while fully respecting the surrounding nature.

The park is built with extreme care on terraces of giant local stones, punctuated by mountain blueberry seedlings. Going up the steps with the help of the special climbing holds, you reach the sloping slide inserted into the ground. A feat for true climbers: the difference in height from the highest to the lowest game is about 40 meters and between one level and another it is possible to communicate with special wireless transmitters-receivers. The tunnels thus act as secret passages and underground passages.

To ensure maximum safety, an unconventional swing was finally added: the oscillating beams favor interaction between adults and children.

The material used as anti-trauma is the mulch (foreseen by the UNI EN 1176/77 standard), autochthonous and totally eco-compatible.