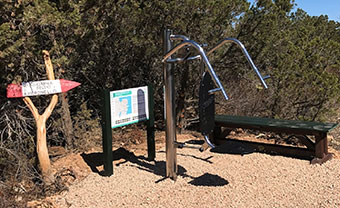 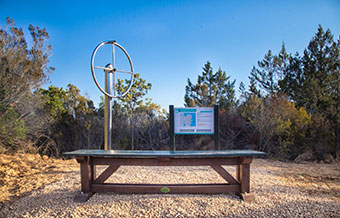 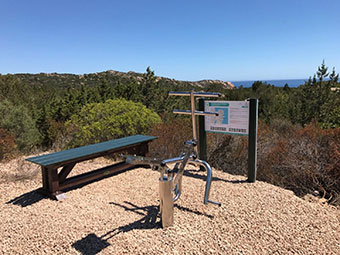 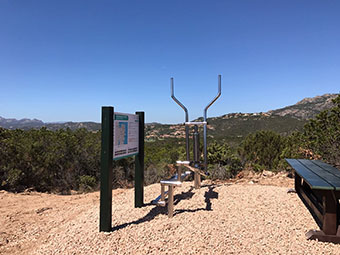 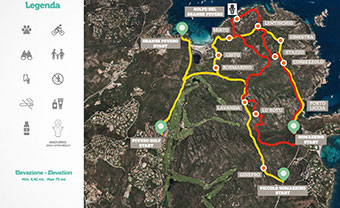 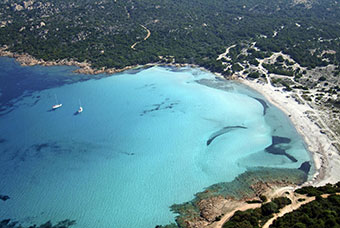 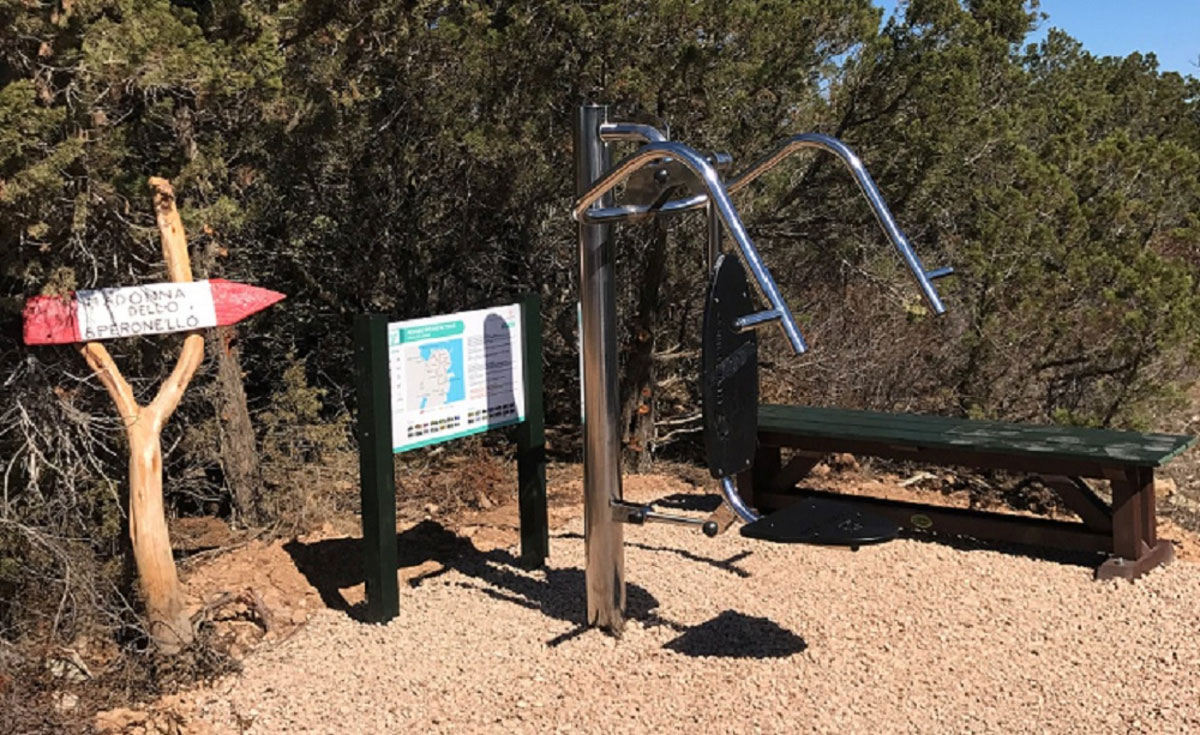 The first naturalistic health trails in Costa Smeralda, a perfect synthesis of nature, sport and well-being.

Pevero Health Trail is made up of two paths (with distinct signs, yellow for the Energy one and red for the Relax one) that wind through the Pevero and Romazzino areas up to the bays of Porto Liccia and Grande Pevero.

The Energy trail is almost 7 kilometers long during which it is possible to alternate sport walking with gymnastic exercises with eight fitness stations equipped with bench and tools.
Each station has a multilingual totem in which the recommended exercises are described and illustrated. The eight stages are identified with the names of the plants of the area: Lavender, Rosemary, Cistus, Mirto, Lentischio, Ginestra, Corbezzolo and Ginepro - so as to enhance the Sardinian vegetation.

The Relax path extends for about another 7 kilometers and leads to the discovery of the old paths and dry stone walls of the coast.
Through the path you can reach the "Madonna dello Speronello". The walk also allows you to observe "Lu Rottu", a construction dating back to the early twentieth century, where the processing of wheat took place and the stazzo of "Monte Zoppo", which with its stone fences represents an interesting symbol of rural life of the time .

Along the way we have created:

There are four entrances, all at parking areas that can be reached by car: Club House del Pevero Golf Club, Spiaggia del Grande Pevero (using the access and parking of the Piccolo Pevero), Piccolo Romazzino and Romazzino, accessing via the parking place after the hotel in the Porto Liccia area.